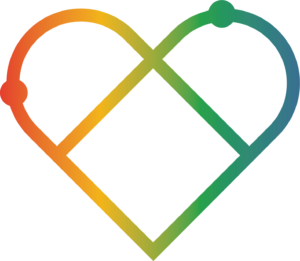 Our employees, partners, and investors are committed to IONIQ Science’s Mission to save lives through early cancer detection.

Mr. Bauer joined IONIQ Sciences in September 2018 as a Director and shortly thereafter was appointed to the role of CEO. Mr. Bauer has focused his professional endeavors on the medtech industry and is passionate about healthcare innovation. In 2012, he acquired BurnFree Products and lead the team of professionals to expand its sales distribution into 58 countries before a successful exit in 2016. Mr. Bauer also currently serves as the CEO of SEEK Labs, trustee of The Oliver Fund (non-profit he co-founded with his wife) and Vice Chairman of BioHive (branding initiative for Utah's fast growing life sciences community). He previously served as the Chairman of the BioUtah Salt Lake City (SLC) Biotech Initiative Advisory Committee and as an adjunct professor of entrepreneurship at Ensign College. He holds a BS in Economics from the University of Utah and an MBA from Boise State University.
Jared Bauer, MBACEO, Director 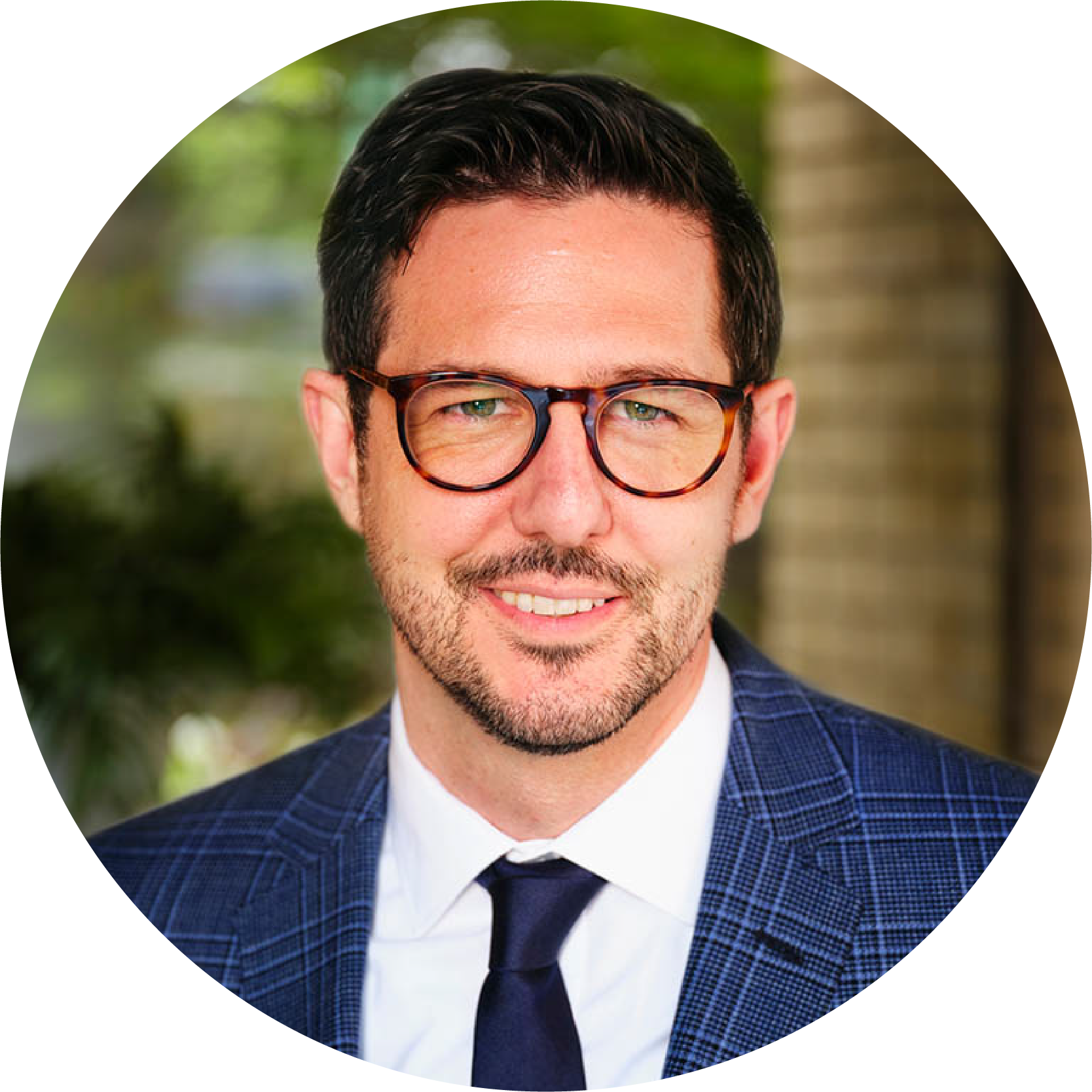 Mr. Garff joined IONIQ Sciences as the Chief Operating Officer in June 2009 and joined the Board as a Director in 2018. At IONIQ, he was instrumental in obtaining our US FDA 'Breakthrough Device' Designation for the IONIQ ProLung Test. He also organized and leads our on-site manufacturing, selects and manages clinical sites at premier cancer hospitals, and designed and implemented a certified ISO 13485 quality management system. Currently, Mr. Garff oversees IONIQ's manufacturing, clinical trials and studies, regulatory affairs including FDA submissions, quality system and audits, data analysis, and patents. Prior to joining IONIQ, he served as a Director of the Pierre Lassonde Entrepreneur Center at the University of Utah where he helped launch several biomedical companies. He holds a BS in Business Finance and an MBA from the University of Utah.
Michael Garff, MBACOO, Director 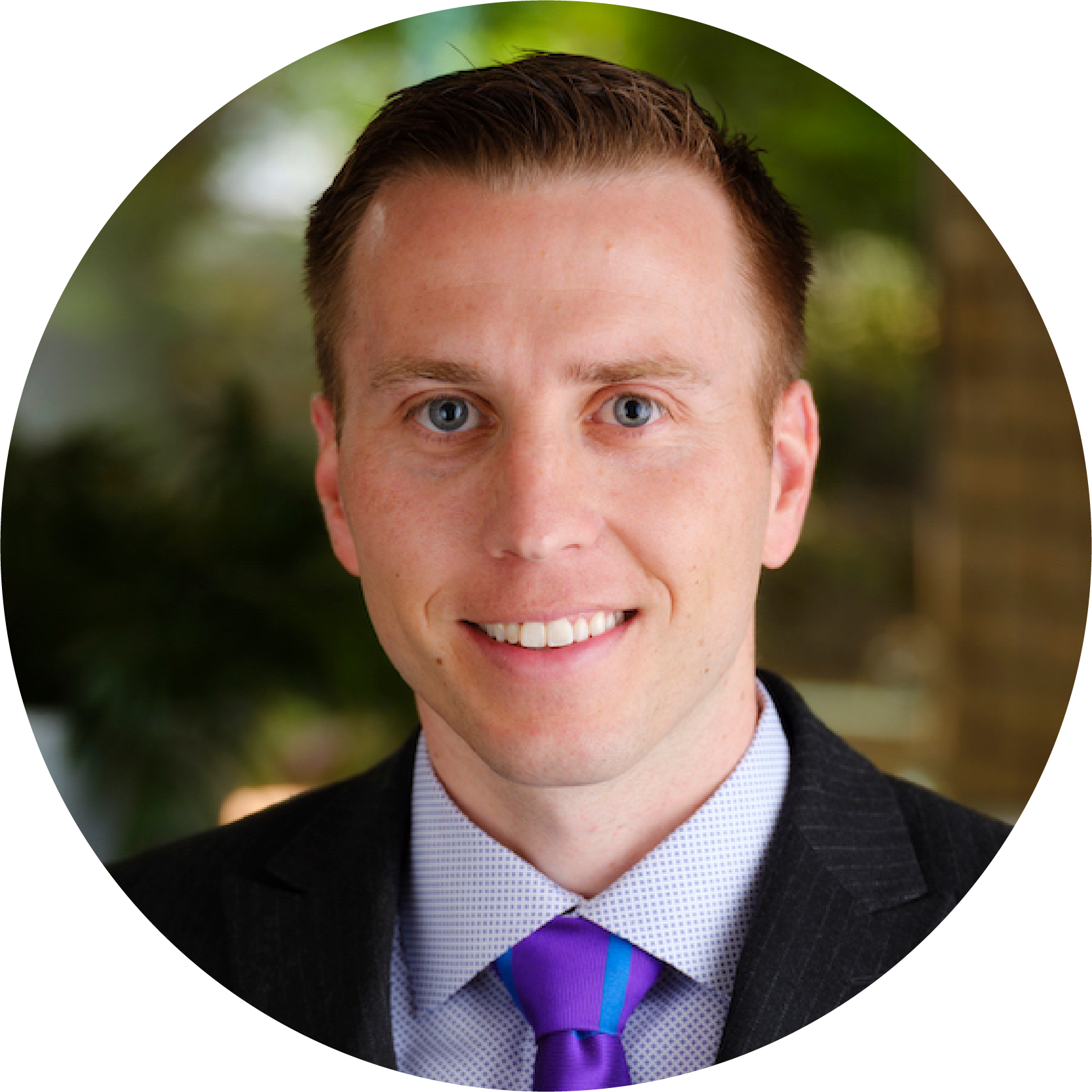 Mr. Robertson joined IONIQ Sciences in July 2017. He is focused on identifying mutually beneficial strategic partnerships, as well as leading our internal and external communications. Over the course of more than 20 years in the global medical device or medtech industry, he has held strategic upstream product development and tactical downstream product management marketing positions of increasing responsibility, been publicly recognized with several marketing awards and launched 15 medical devices. He brings an invaluable life sciences perspective and organizational savvy from his tenure with smaller medical device manufacturers (Utah Medical Products and Megadyne now J&J Ethicon) to some of the largest (Covidien now Medtronic, Becton Dickinson and CR Bard). He holds a Bachelor of Science in Marketing from the University of Utah. In particular, Mr. Robertson has a proven track record of profitably delivering what health care providers and patients want.
Andy RobertsonVP Business Development 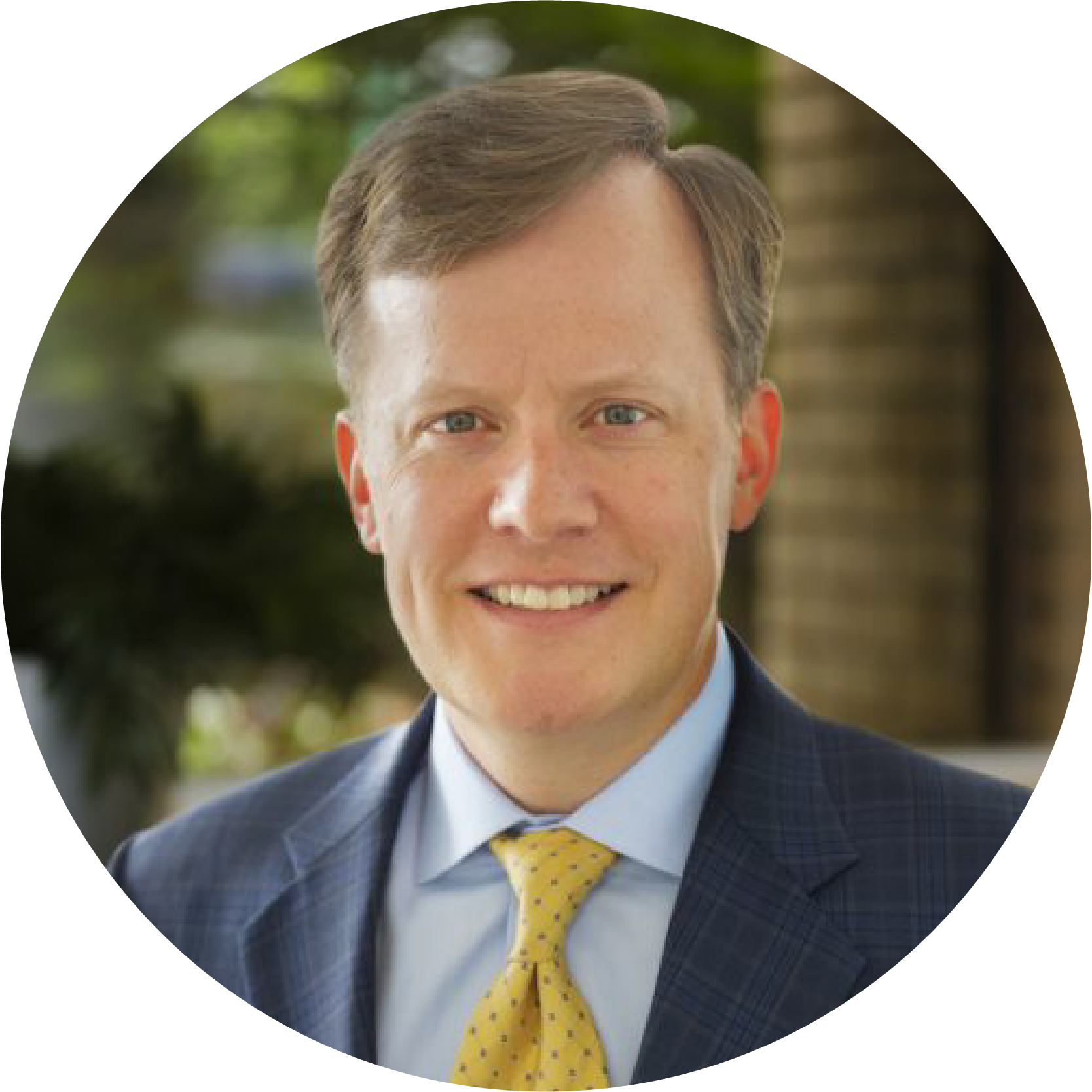 Mr. Rex Chin-Wei Yung, MD, FCCP, joined IONIQ in 2017. As Chief Medical Officer, he leads the evaluation of opportunities to expand our underlying science and indications through his expertise in translational research of lung cancer biomarkers and early cancer detection through imaging and bronchoscopy. Previously, Dr. Yung was the Director of Pulmonary Oncology and Director of Bronchoscopy at Johns Hopkins University School of Medicine (JHU). He remains an adjunct faculty in the Dept. of Oncology at JHU. Dr. Yung is a fellow of the American College of Chest Physicians. He is board certified in Internal Medicine, Pulmonary and Critical Care Medicine and has served on the executive and editorial boards of the American Association of Bronchology and Interventional Pulmonology and Journal of Bronchology and Interventional Pulmonology. Dr. Yung earned a Bachelor of Arts from Harvard University and his MD from the University of California at Los Angeles (UCLA).
Dr. Rex YungChief Medical Officer 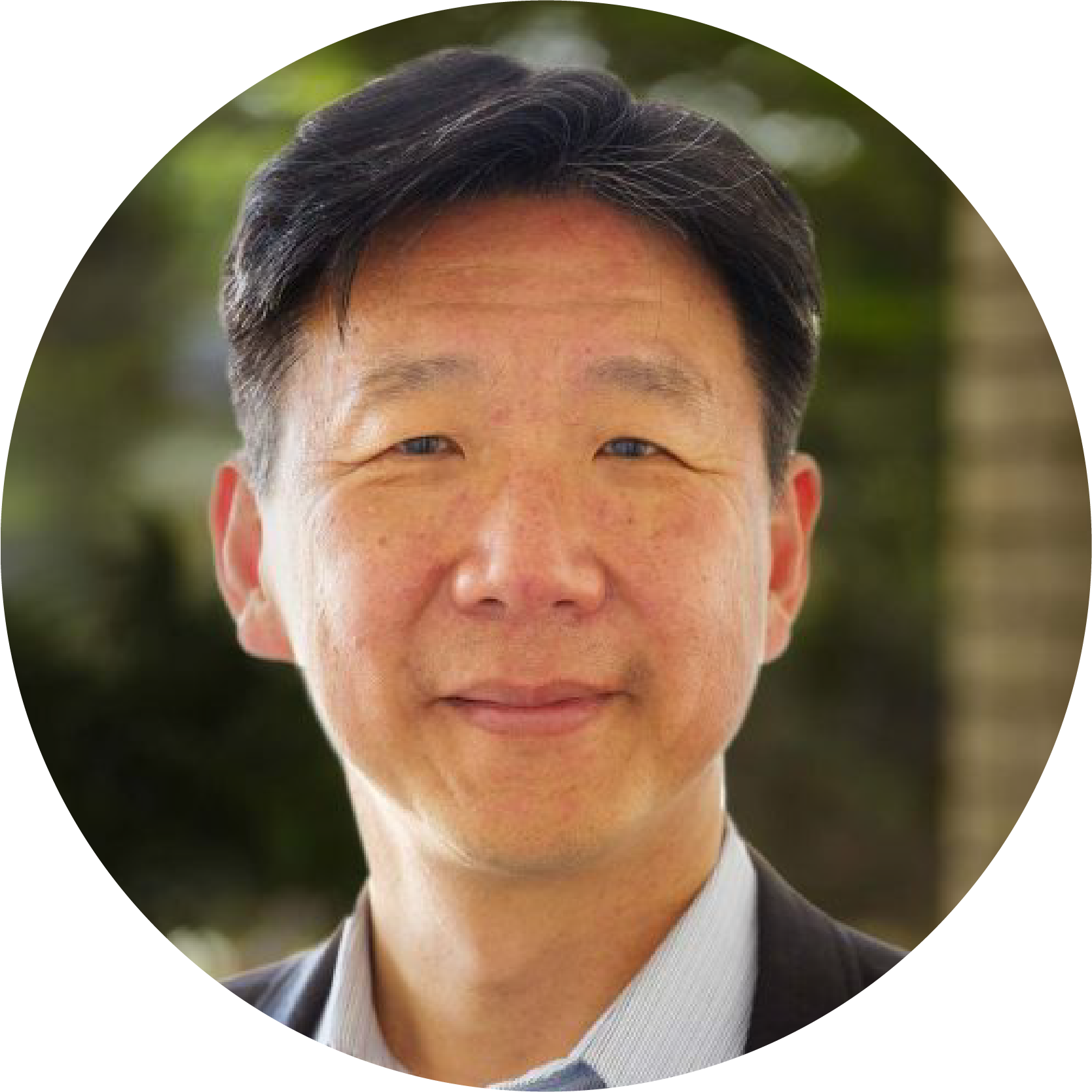 Mr. Brimhall joined IONIQ in October 2019 as the Director of R&D and is focused on identifying areas of opportunity for our non-invasive Electrical Impedance Analytics (EIA) or bioimpedance technology and advancing our new product development pipeline. He has received numerous awards throughout his career, including 35 issued patents, multiple design awards and numerous grant and contract awards from the NIH, DOD, NSF and NASA. Mr. Brimhall has 30 plus years of R&D leadership in the global medical device industry (Sonic Innovations, Varian Medical Systems and most recently BioMerieux) and global experience in the USA, Europe and China. He received a BS degree in Mechanical Engineering from Brigham Young University with post graduate studies at the University of Utah in Electrical Engineering.
Owen BrimhallDirector R&D 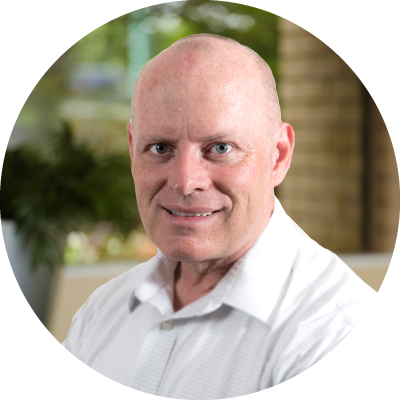 "Great ambition and conquest without contribution is without significance."
The Emperor’s Club, 2002

If you're passionate about making a difference, we want to hear from you!

Are you ready to roll-up your sleeves and do what it takes to make a difference for those at-risk of cancer? Help us change the world.