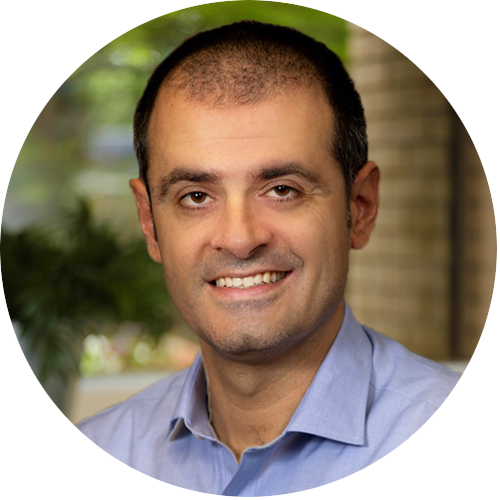 In News
By Andy Robertson

Salt Lake City, UT, August 14, 2020 – IONIQ Sciences, Inc. (“IONIQ” or the “Company”), is developing an advanced multi-cancer screen for early detection that has the potential to expand the therapeutic window, dramatically improve survivability and reduce the cost of healthcare. Today IONIQ Sciences announced that Dr. Benjamin Sanchez has joined its growing Scientific Advisory Committee. Dr. Sanchez is an award-winning luminary in the field of electrical bioimpedance and computational electromagnetics with nearly 60 publications to his credit while at Harvard Medical School’s Department of Neurology, KTH-Royal Institute of Technology, Vrije Universiteit Brussel and Universitat Politecnica de Catalunya.

Mr. Jared Bauer, IONIQ Sciences CEO, stated, “We are honored to welcome Dr. Sanchez to our Scientific Advisory Committee. Dr. Sanchez is a world class expert in electrical bioimpedance who spent the past six years at Harvard Medical School’s Department of Neurology and is now teaching at the University of Utah’s Department of Electrical and Computer Engineering. We are confident that Dr. Sanchez’s exceptional hands-on and theoretical understanding of electrical bioimpedance and computational electromagnetics will complement our expertise in Electrical Impedance Analytics. We anticipate the expansion from our first planned product, the IONIQ ProLung Test™ for lung cancer, to a Multi-Cancer Screen for multiple cancers will be accelerated by collaborating with a proven innovator of Dr. Sanchez’s caliber.”

Dr. Sanchez added, “I am delighted to join the Scientific Advisory Committee at IONIQ Sciences. I share IONIQ’s commitment to modernizing early cancer detection. The IONIQ team has already demonstrated tremendous value in their Electrical Impedance Analytics technology and proprietary algorithm, as evidenced by their significant body of clinical trial results and Breakthrough Device Designation from the US FDA earlier this year. I look forward to utilizing my two decades of research in this exciting field to actively guide their mission to dramatically improve early cancer detection.”

IONIQ Sciences, Inc. is developing an advanced multi-cancer screening technology for early detection that has the potential to expand the therapeutic window, dramatically improve survivability and reduce the cost of healthcare. IONIQ Sciences operates at the confluence of its Electrical Impedance Analytics (EIA) technology and Artificial Intelligence (AI). IONIQ Science’s first product utilizing its proprietary analytic platform, the IONIQ ProLung Test™ for lung cancer, has been designated a Breakthrough Device by the U.S. FDA. ProLung rebranded to IONIQ Sciences in May 2020.

Forward-Looking Statements
Statements contained in this release that are not purely historical, including, without limitation statements regarding IONIQ Sciences’ future performance and goals, are forward-looking statements within the meaning of the Private Securities Litigation Reform Act of 1995 and are subject to risks and uncertainties such as those described in the IONIQ Sciences’ Annual Report on Form 10-K for the year ended December 31, 2017 and subsequent filings with the Securities and Exchange Commission. Such risks and uncertainties include inherent risks and uncertainties relating to IONIQ Sciences’ ability to meet its funding requirements for its operations and other commitments and to obtain successful test results and regulatory approvals for its products. The reader is cautioned not to rely on these forward-looking statements. These statements are based on current expectations of future events. If underlying assumptions prove inaccurate or known or unknown risks or uncertainties materialize, actual results could vary materially from the expectations and projections.